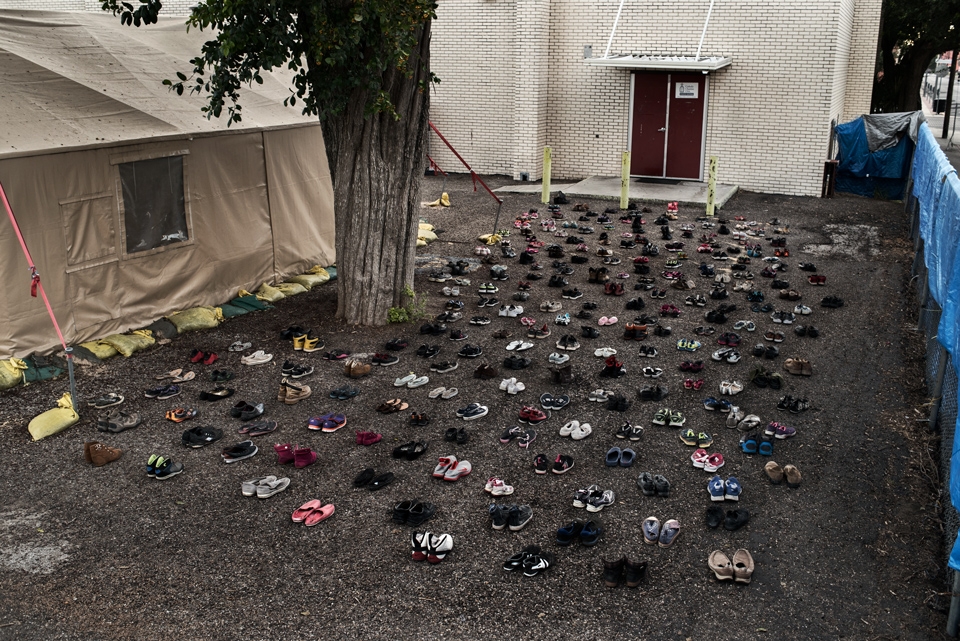 250 soles about to enter the Humanitarian Respite Center at Sacred Heart Church in McAllen, TX

Due to the increase of asylum-seeking families arriving at the bus station in McAllen, Texas in the summer of 2014, after being released from the detention center, Sister Norma Pimentel, executive director of Catholic Charities of the Rio Grande Valley, decided to provide them a place where they could eat, shower and change clothes before continuing with their journey and reunite with their family members or friends in the United States. Her philosophy is to, “restore human dignity,” and that is why these services are provided for them. Some of their clothes and shoes are washed and then donated to others. The largest number of immigrants that they have received in one day was approximately 250 in that same year.

Traveling Soles is a series that invites the viewer to learn about the story behind some of the shoes that belonged to asylum seekers, which crossed borders in search of a better life. These 250 pairs of shoes are part of these images representing the largest number of immigrants that arrived at the Humanitarian Respite Center in the Sacred Heart Catholic Church in McAllen, Texas in one day.

At the end of November 2016, after elections, the largest number of immigrants that arrived in one day at the Humanitarian Respite Center increased to 433. In 2019 that number doubled almost reaching 1,000 asylum seekers arriving per day at the shelter.

These images show where these soles have traveled through, such as the Rio Grande River, the Hidalgo International Bridge in Hidalgo, Texas and the Humanitarian Respite Center. 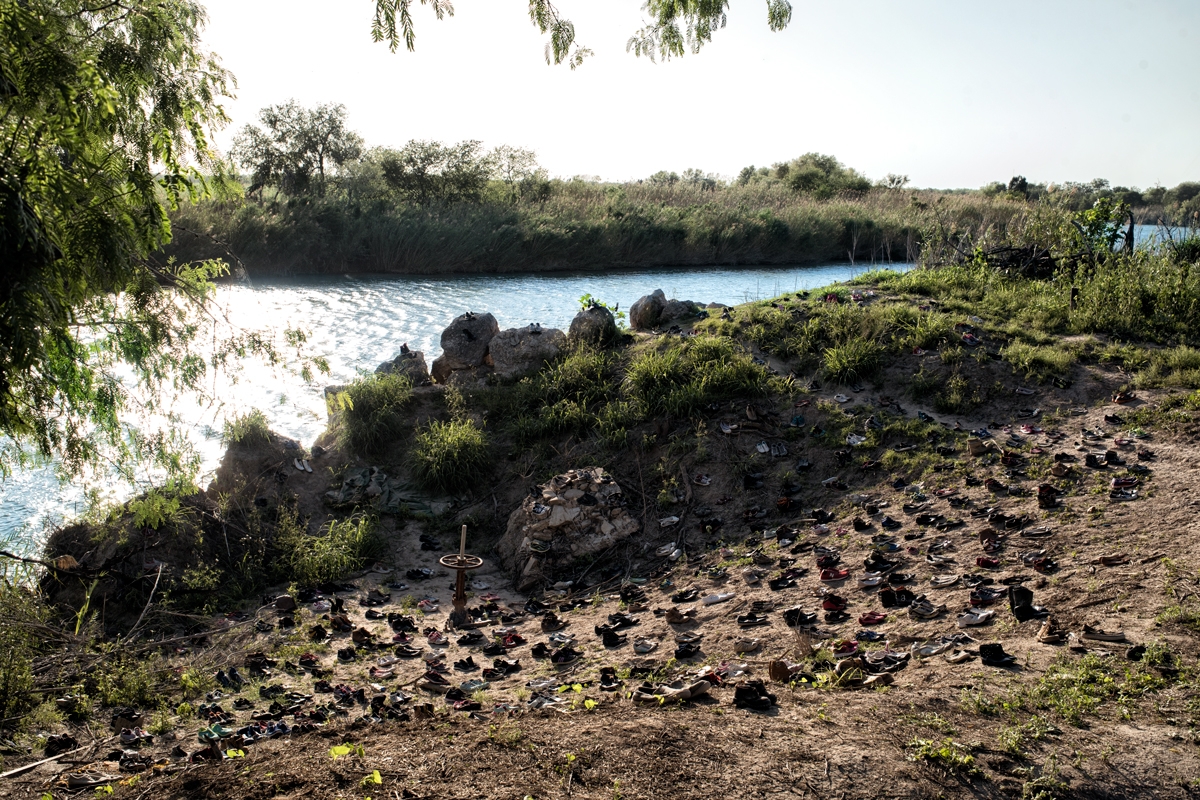 433 soles entering the United States through the Rio Grande River or “El Río Bravo,” as known in México 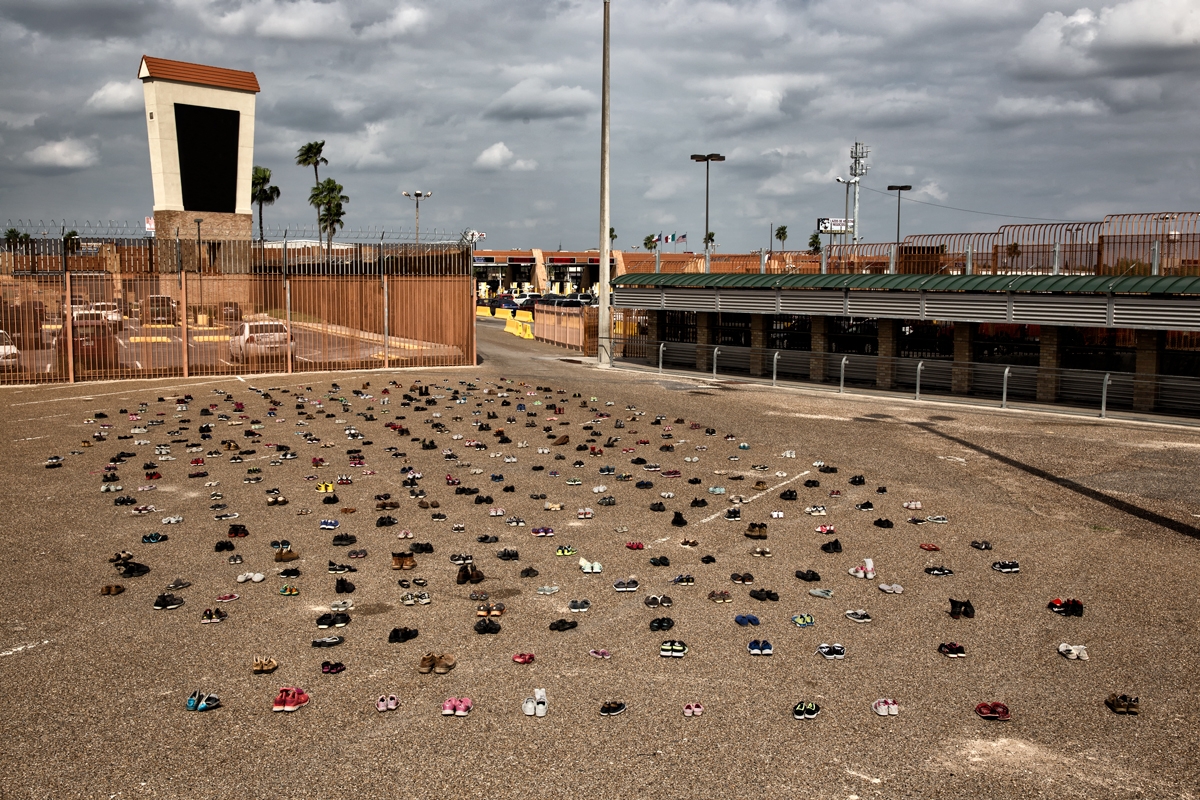 433 soles turning themselves in at the port of entry in Hidalgo, Texas 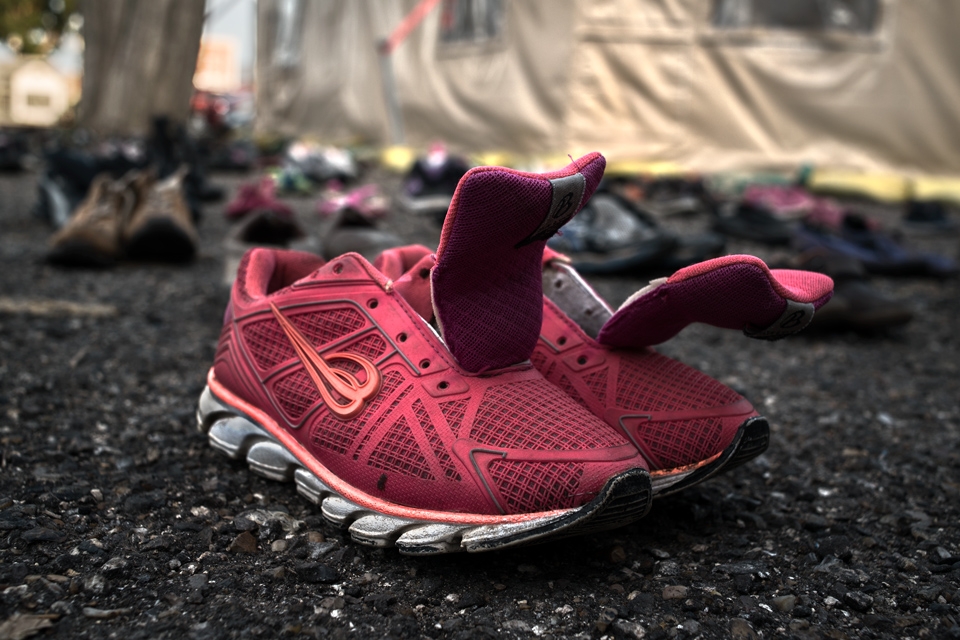 Along with her mother, her 14-year-old pregnant sister, and her two-year-old nephew fled their country. Her nephew was the product of rape when her sister was only 12 years of age. They fled their country fearing for their lives. Then they boarded La bestia, The Beast that is the cargo train that some migrants take in order to get to the northern part of México, where they were kidnaped by a Mexican drug cartel and then released after their family members paid the ransom. 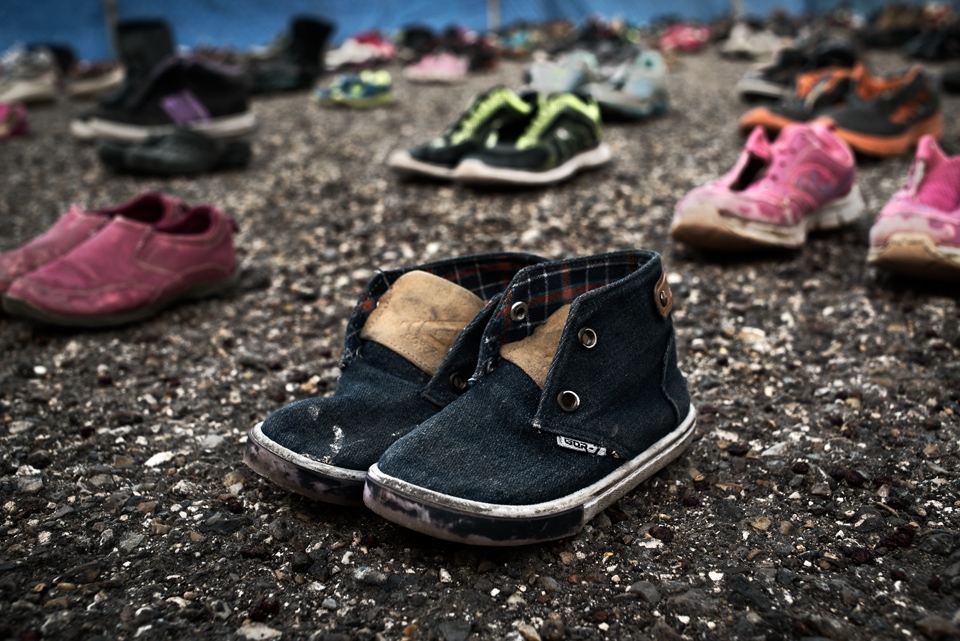 He and his mother left their country to seek a better life since they had lost their home and his father left them. They were able to escape alive after the federales, Mexican police, shot the trailer where they were being transported. He spent his fourth birthday hiding from the Mexican migration agents in the bushlands.

While she was in her mother’s womb, gang members beat her mother. She was born hydrocephalic and with scoliosis. Her older brother was kidnapped and after a year, her mother has accepted the fact that he is dead. While they were traveling to the United States, they were kidnapped by a Mexican drug cartel. It took them a month to finally escape from them after they peeled off half of the skin from her mother’s foot. 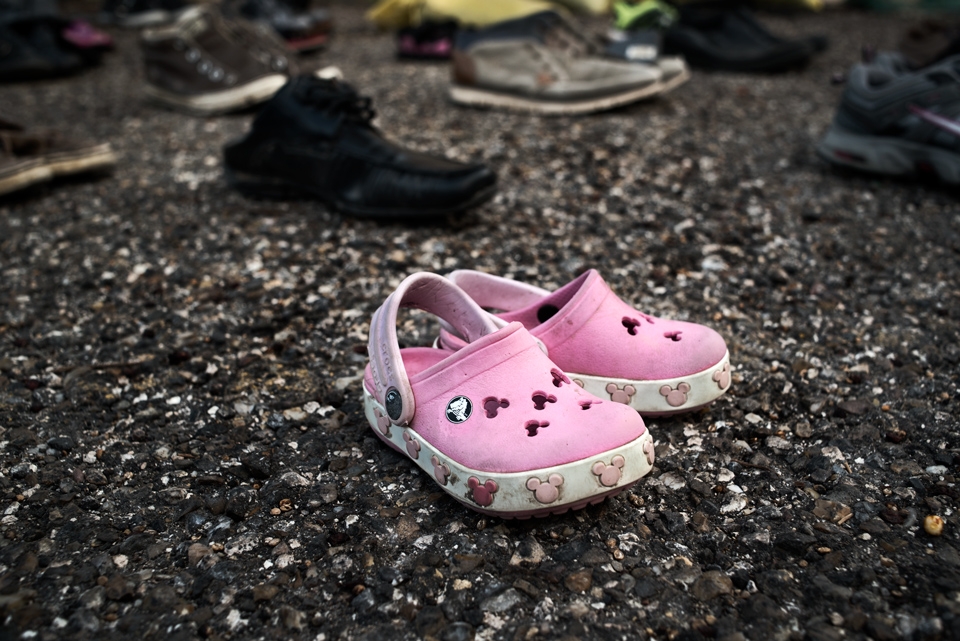 There were complications while she was being born and as a result, she cannot walk although the prognosis for the next two years is good. Her father lost a leg when he was run over by a vehicle. Alondra’s mother along with her older sister moved to the United States three years ago. Her father did not tell her mother that he would embark on this journey along with their youngest daughter. Despite their physical limitations, they were able to get to the United States. 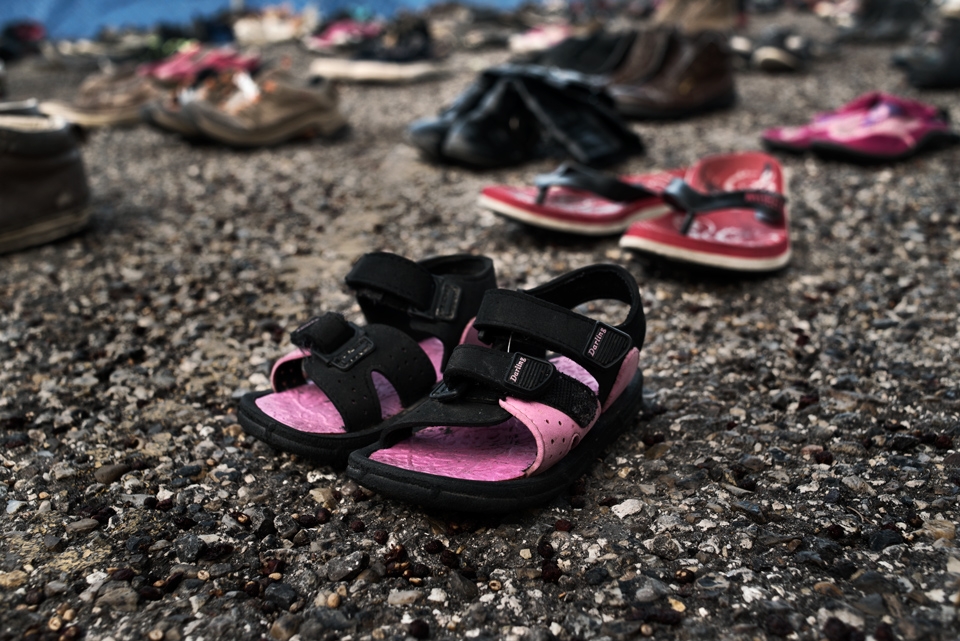 It took her and her mother about three months to get to the United States since she had to get small jobs throughout México and beg for money in the streets. Her mother left the country fearing for her life. Milagro’s father had brutally beaten up her mother that he broke her hip and three years later, she is still in a tremendous amount of pain. She decided to leave the country after he threatened to kill her. 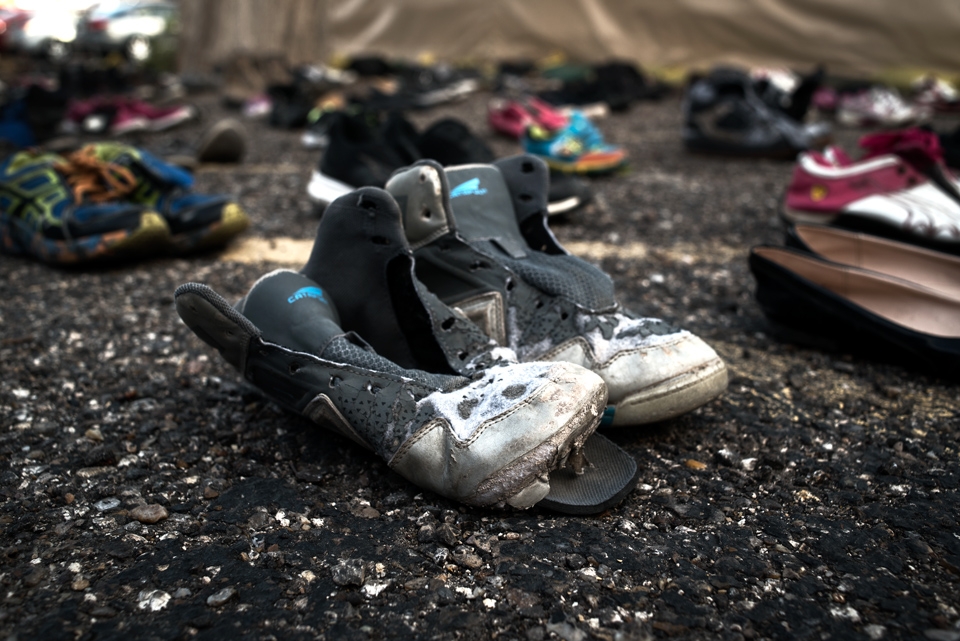 His mother left him when he was only two years of age. Luis’ father mentions that “violence gets worse everyday.” As early as 10 years of age, gang members start recruiting them to work for them. His father opted to give him a better future by taking him to the United States. Since they did not have the economic means, they had to board La bestia, The Beast that is the cargo train that some migrants take in order to get to the northern part of México. 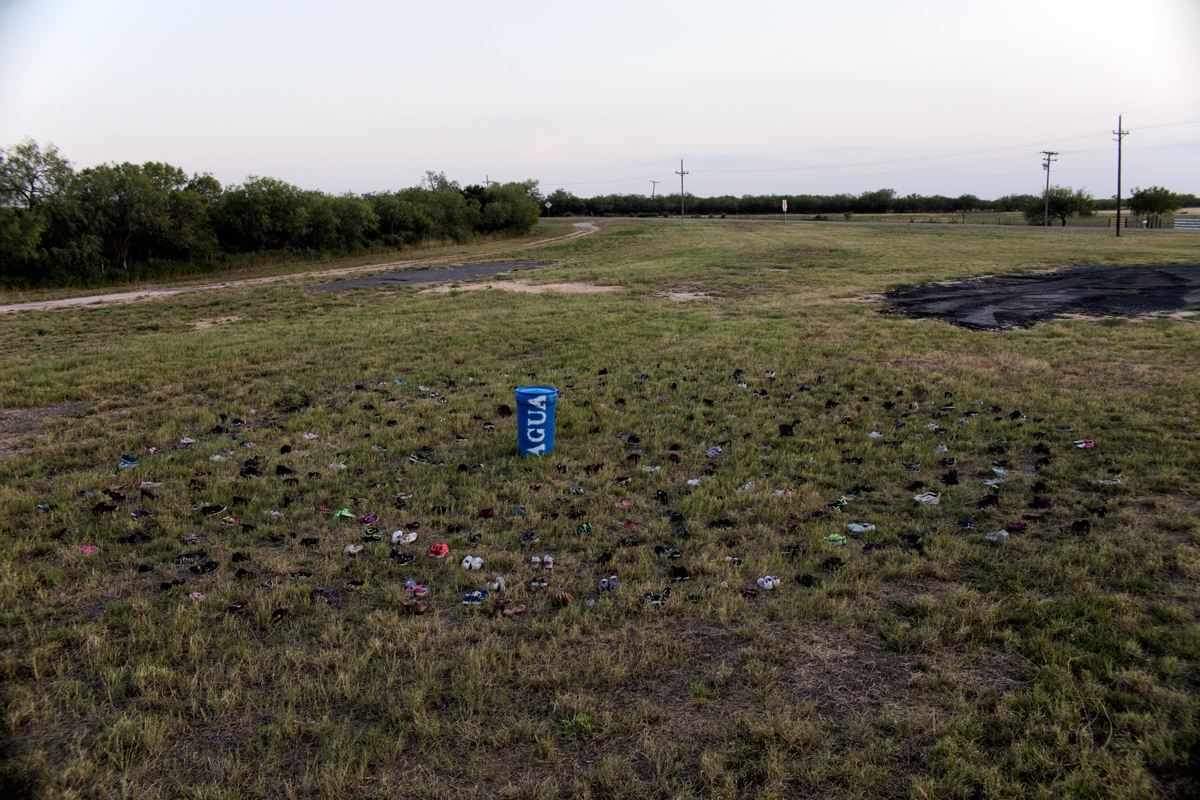 433 Soles getting water while avoiding the immigration checkpoint in Falfurrias, Texas. 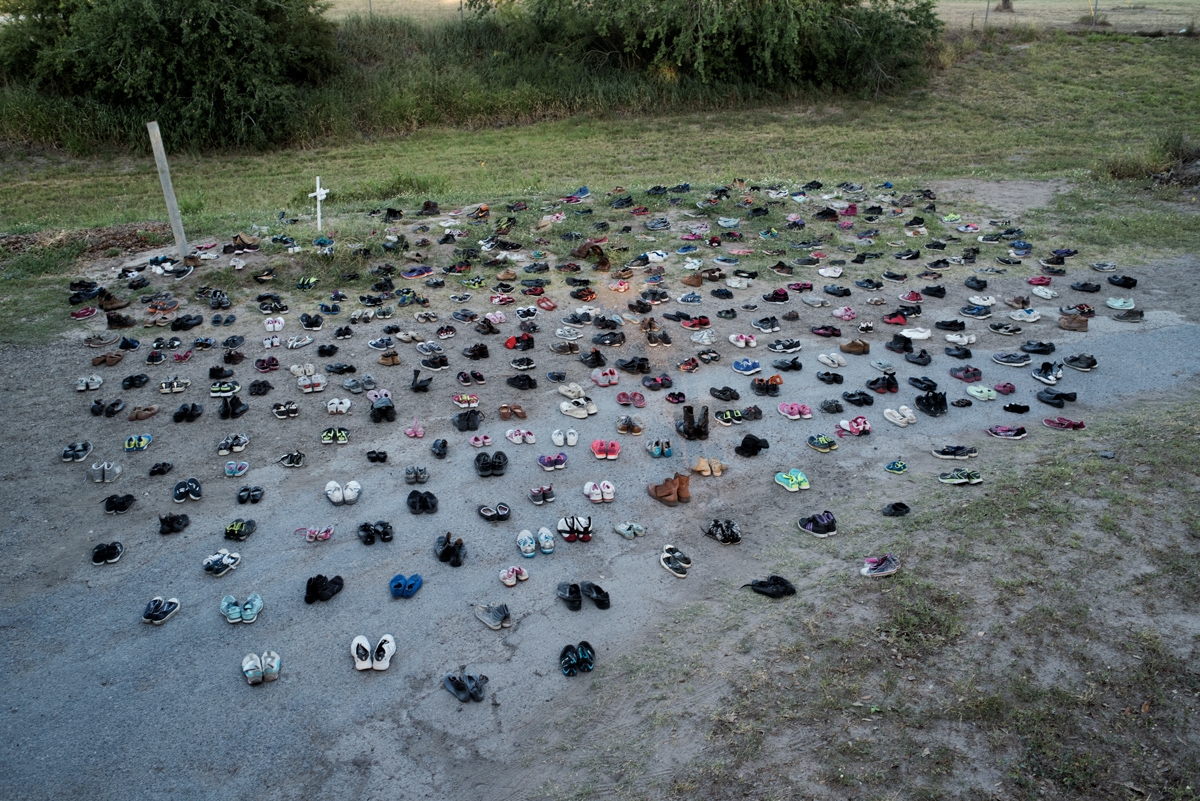 433 Soles visiting the remains of a migrant’s unidentified body at the cemetery in Falfurrias, Texas

I would like to thank the volunteers at the Humanitarian Respite Center at Sacred Heart Catholic Church in McAllen, Texas, and friends for helping me with this project, without their help, this would not have been possible.